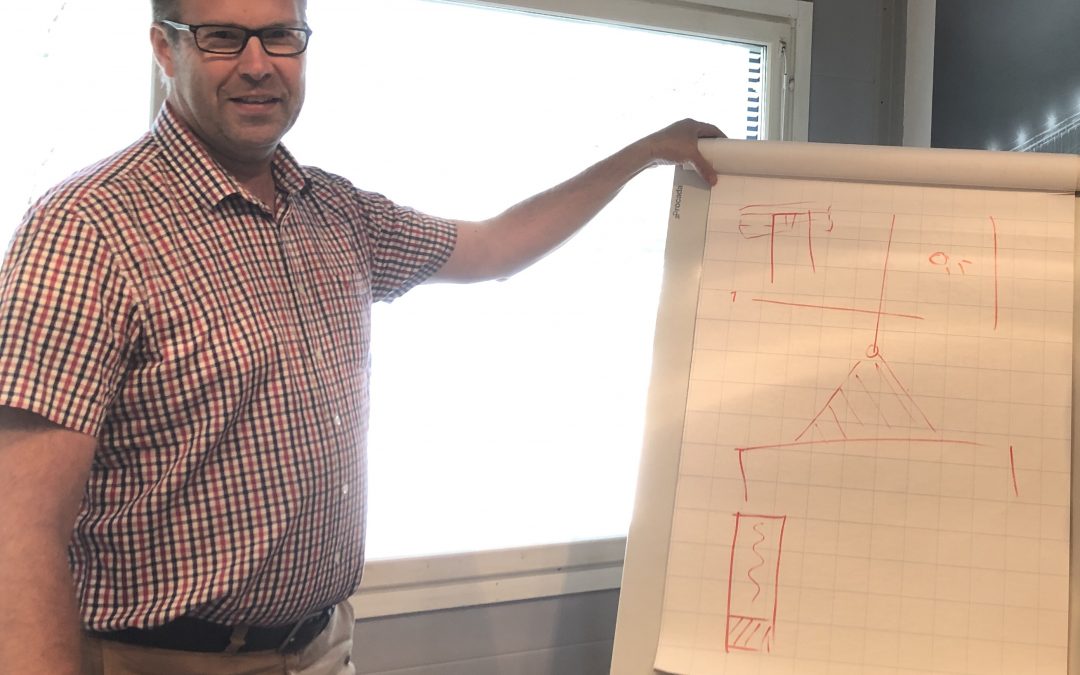 In this blog, I’ll tell readers how I got into the lifting business and my relationship with it a little more broadly.

At the beginning of my career, I worked for a Finnish world class company in the industry that manufactures paper machines to the global markets. Well, it’s not hard to guess that it was a company called Valmet. I was really excited about the topic and thought this is the best place a person can work. The devices to be made also seemed to be the only real things worth making from metal. The company was still state-owned at the time, and when I glowed the workplace to my friends, the response was often a crooked smile, from which one could read that “probably a nice workplace without much concern for results”. The truth, however, was that the products were and still are the best in the world, but so was the work environment. There was a real investment in management and staff well-being, and my own supervisor was inspiring and relied on his subordinates. It was impressive and that memory is still a key driver of my own leadership principle. Results were required and received.

Time for each. After a couple of intermediate stages, working life took me to a large Finnish crane manufacturer whose head office and key functions were in Hyvinkää. I immediately experienced what the drive of doing in the company was. And especially in the Ports business unit, where I was working. The work community was young, the employees young and the spirit of doing just as inspiring. There were no limits, neither in attitude, nor just in doing. Hours were not counted and the days stretched with no effort. Even the leaders were young and open-minded and success came.

When I used to think that the only sensible industry in the machine and metal industry is the manufacture of paper machines, my thoughts turned in the direction that cranes and related equipment are the only sensible things worth sacrificing their time for. When their existence was barely seen in the past, suddenly they could be noticed everywhere. And so it really is, it is really a much used tool in all the manufacturing industry and logistics. Quickly thinking about it, one might think that this is a movement of goods in the x-, y- and z-directions. It can’t be demanding, and at least not interesting. But in fact, it is both interesting and demanding.

While working with the cranes was interesting in every way, I dreamed of entrepreneurship. For entrepreneurship, I had a completely irrational internal fire that can’t easily be explained even to others. After many failed acquiring attempts, I found an air filter company that I ended up owning. There was just about nothing in that company where I could have taken advantage of the technical understanding I had gained in previous jobs, but the attitude and management doctrines did. And that filter business was, for myself, quite a university of entrepreneurship, where I really learned a lot specifically about entrepreneurship. The nature of that business was such that, by constantly exceeding your capabilities, the result was barely enough to continue. So overall pretty lousy.

About five years after buying the company, I received a acquisition offer for it. The decision to sell the business was an easy one. While running a business was fascinating, I felt like I wasn’t in the right business. As the sale of the business progressed, I didn’t have a ready-made plan for the next step, but entrepreneurship career had already hooked me so, that I started looking at potential acquisition targets and let my network know that I was looking at companies for sale.